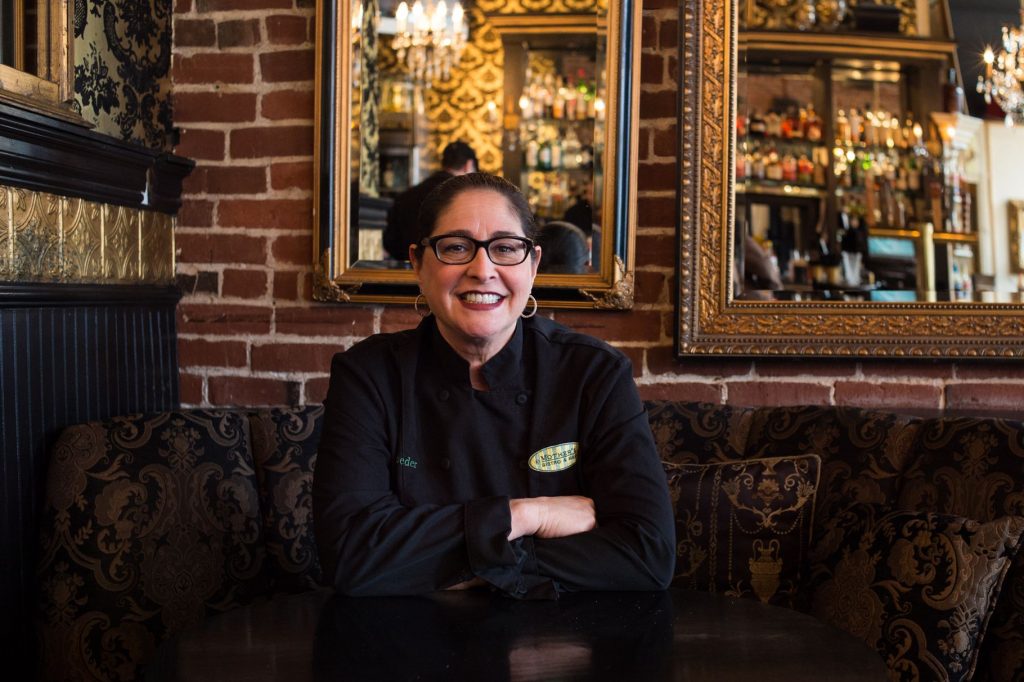 Lisa Schroeder didn’t intend to become a chef and a restaurateur — she’d always seen herself becoming a lawyer. But law school never happened. Instead, she entered the world of corporate marketing, developing and marketing products for Weight Watchers International, while taking on occasional catering gigs on the side.

It was this heavy work schedule, coupled with raising a daughter, she says, that made her realize she needed to make a change. She’d always loved to cook and feed people, but at the end of these long days she found herself turning to pizza and Chinese takeout all too often. She missed cooking, so she decided to make cooking her job.

In 1992 she enrolled in and graduated from the Culinary Institute of America, and learned to “cook four-star dishes in four-star restaurants,” like New York City’s Le Cirque, all the while planning her dream restaurant that would one day be known for cooking and serving food the way your mom (hopefully) did.

Fast forward five years: Schroeder moved to Portland (for love, of course), stepped out of her line cook’s role and earned her “breakfast stripes” as the chef at Besaw’s. In 2000 she finally launched her dream restaurant, Mother’s Bistro & Bar (which later that year took home Willamette Week’s Restaurant of the Year award). In the 15 years since, she authored a cookbook (full disclosure, with the help of Eater PDX editor Danielle Centoni), opened and sold a second downtown restaurant, hosted countless fundraisers, and last year married Rob Sample, the man for whom she moved to Portland in the first place.