Portland Vegan are two words that should go together. Known as a foodie culture, Portland is also a progressive community embracing current and forward looking trends. Being vegan and eating a healthy plant-based lifestyle are things we choose to do for a number of reasons. An ever growing number of people are also making the choice to follow a plant-based or vegan lifestyle. Some for their health, some for the planet, some for the animals, along with many other motivations and personal reasons.

Mother’s Bistro & Bar was highly recommended by a couple of people we spoke to at the hotel and in our scouting of the area. Apparently Mother’s is a Portland staple and has won numerous restaurant awards including Restaurant of the Year. Lisa Schroeder founded the restaurant in 2000. The story of her journey and the creation of Mother’s is on their website and an interesting read. 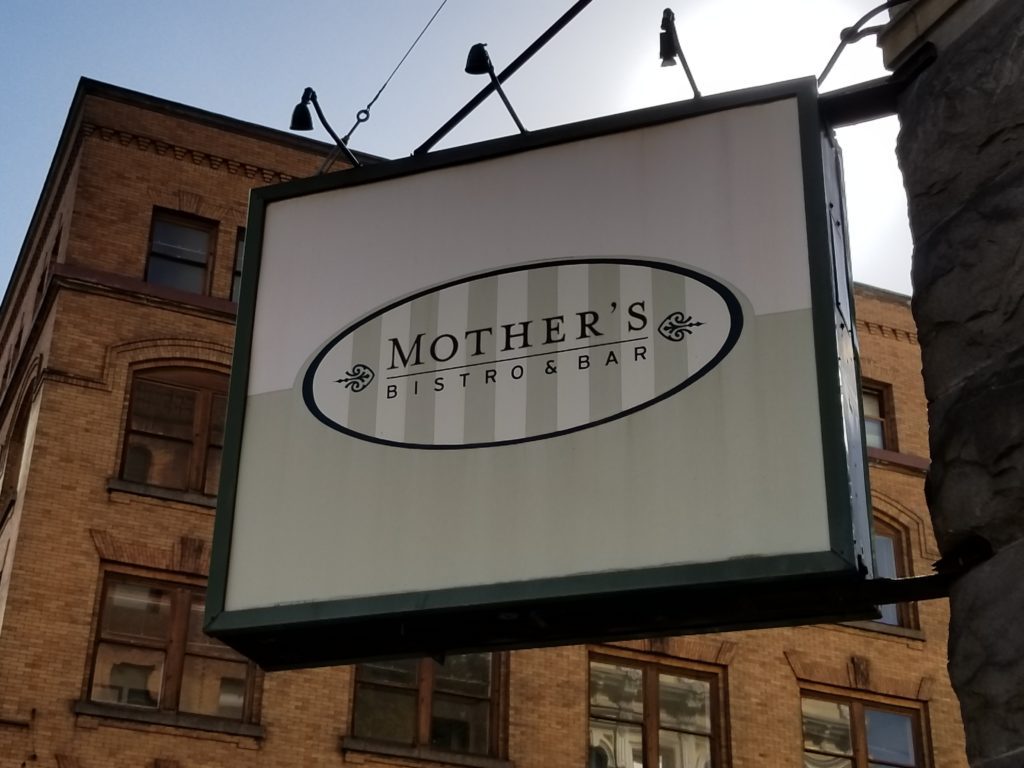 As the pictures show it was a full house during our visit with a line outside. Reservations are a must. Everyone appeared to be having a wonderful dining experience and the staff were friendly, courteous, attentive and very efficient. The food was THE BEST ! Pictured is the vegan Tofu Hash which we both enjoyed. There are other vegetarian and vegan options available on the menu. To be clear, this is not primarily a plant-based restaurant. 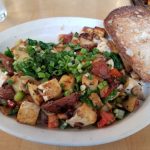 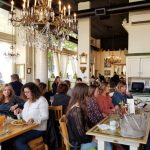 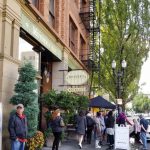