After nearly 20 years in the same location, a Portland favorite is finding a new place in the city’s restaurant scene. 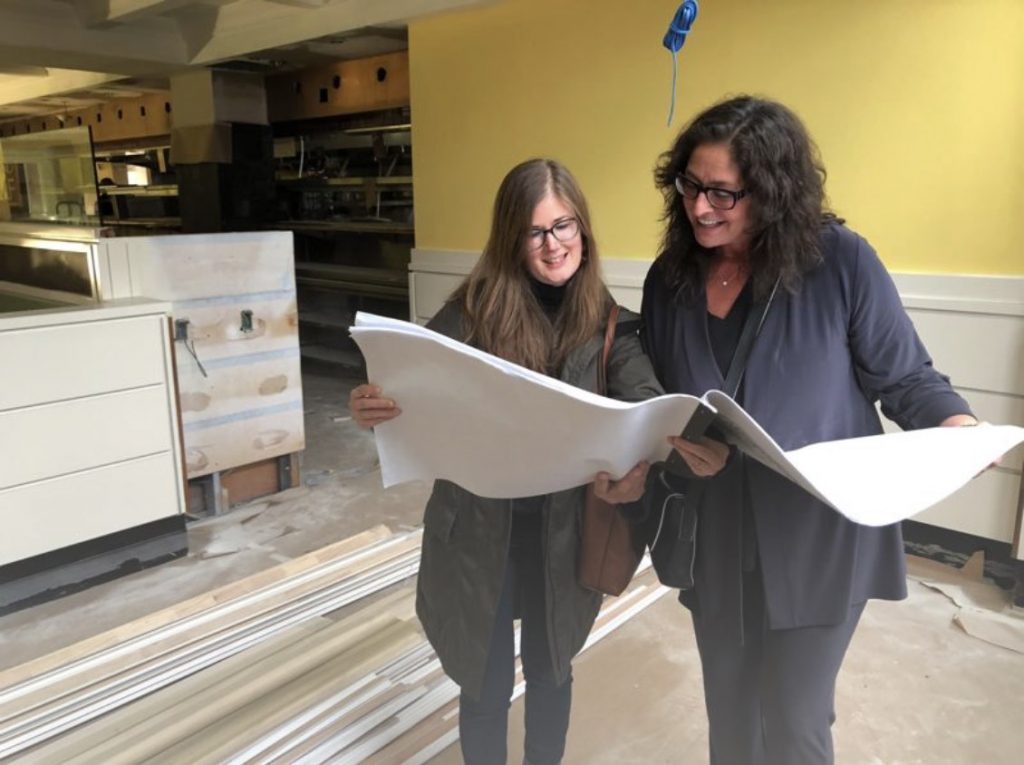 PAMPLIN MEDIA GROUP: STEPHANIE BASALYGA – Blythe Sacho, left, a designer with Scott Edwards, and Lisa Schroeder, a chef and the founder of Mother’s Bistro and Bar, discuss plans to renovate a ground-floor space in the Embassy Suites Portland hotel into the restaurant’s new home.

When Lisa Schroeder opened Mother’s Bistro and Bar, she didn’t know if the downtown eatery would sink or swim. Nearly two decades later, she has her answer.

The restaurant has become so popular, Portlanders – as much for the home cooking as for a country-chic decor that blends big windows with chandeliers – that it has outgrown its space in the ground-floor of the historic Concord Building in the 200 block of Southwest Harvey Milk Street.

That time. has come, Schroeder says, to take Mother’s to the next level. She and a project team that includes Scott Edwards Architecture and R&H Contruction are heading into the home stretch of the renovation of space on the ground floor of Embassy Suites Portland hotel.

When work is finished, the result will be a new and improved version of the restauraunt and bar Schroeder opened in 2000. She calls it Mother’s 2.0